The telephone rings, a male voice begins to share his story of layoffs and cutbacks. His family has done well financially for almost 10 years but the last 10 months have been another story. Where can he go for help?

The phone rings again, almost immediately an emotional female asks if we can help keep her utilities on. She has been in this spot before but nothing seems to work. If we can’t help, she doesn’t know what she will do. Everyone else she has called is “Out of Funds”. Where can she find hope?

While we are still on Line #1 with our emotional female, Line # 2 rings. A very quiet voice begins to ask about help with her car. If she doesn’t get to work she will lose her job. This is the third job she’s had in ten months. She has a transportation problem. Who can she turn to?

These are just a few of the actual case stories that we hear every week. Examples of people needing financial assistance, benevolent help, but no place to turn. But you, through your support, have made that change.

Making ends meet can sometimes be a challenge for us all. Calvary Cares has brought together a variety of resources to insure these and others see hope, and experience help. In order to reach out to families during their time of financial struggle, This ministry has taken a Non-Crisis Intervention position. Our staff will begin to meet with each family to assess their needs, both short and long term, and work to design an action plan to reach those goals. Immediate crisis needs are directed to others, whom we’ve researched, in order to find the time necessary to meet, assess, then write the plan.

Our Calvary Cares Financial Planning /Assistance Counselors facilitate families through the writing of budgets, the assessment of priorities, the education of the family and the underwriting of the plan.

The Bible contains more than 700 direct references to money and hundreds more to indirect references. This ministry uses God’s Absolute Truth, through the scriptures, applied and presented to reach those without hope 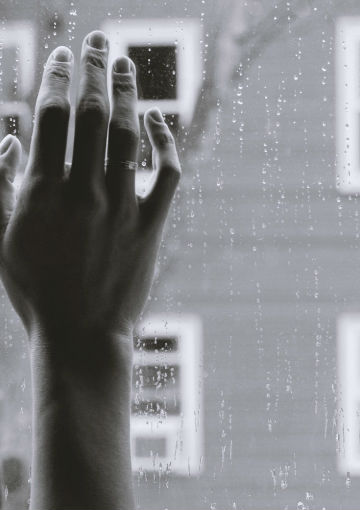 Here is a snapshot of a few of the key themes found in our times together.

The storms of life can overwhelm us
with fear and doubt...often leading to wrong and unhealthy behavior, and destorying relationships.

Reach out and rejoice in your decision to change.
Today's right choice for a better future.

1.  We admitted we were powerless over alcohol ... that our lives had become unmanageable.  2. Came to believe that a Power greater than ourselves could restore us to sanity. 3. Made a decision to turn our will and our lives over to the care of GOD as we understood Him. 4. Made a searching and fearless moral inventory of ourselves. 5. Admitted to GOD, to ourselves and to another human being the exact nature of our wrongs. 6. Were entirely ready to have GOD remove all these defects of character. 7. Humbly asked Him to remove all our shortcomings. 8. Made a list of all persons we had harmed and became willing to make amends to them. 9. Made direct amends to such people wherever possible, except when to do so would injure them or others. 10. Continued to take personal inventory and when we were wrong, promptly admitted it. 11. Sought through prayer and meditation to improve our conscious contact with GOD as we understood Him, praying only for knowledge of His will and the power to carry that out. 12. Having had a spiritual awakening as a result of these steps, we tried to carry this message to alcoholics and practice these principles in all our affairs. **The words of Christ
The Twelve Steps are reprinted with permission of Alcoholics Anonymous World Services, Inc. Permission to reprint the Twelve Steps does not mean that AA  has reviewed or approved the contents of this publication, nor that AA agrees with the views expressed herein. AA is program of recovery from alcoholism - use of the Twelve Steps in connection with programs and activities which are patterned after AA, but address other problems, does not imply otherwise.

People turn to drugs and alcohol for only one of two reasons.

God has the cure for both.

Christian Roots of the Twelve Steps

Alcoholics Anonymous began on June 10, 1935, co-founded by William Griffith Wilson (Bill W.) and Dr. Robert Holbrook Smith (Dr Bob). Wilson conceived the idea of Alcoholics Anonymous while he was hospitalized for excessive drinking in December of 1934. During his hospital stay, Wilson had a spiritual experience that removed his desire to drink. In the following months, he tried to persuade other alcoholics to stop drinking just as he had. Wilson found his first “convert” in Smith who was willing to follow Wilson’s method to find freedom from alcoholism. Four years later, Wilson and Smith published the books Alcoholics Anonymous, which contains the Twelve Steps and a spiritually based program of recovery for alcoholism.

Various sources influenced for formation of AA’s program, as developed and recorded by Wilson. Of these, the British –born Oxford Group movement and its American leader, Episcopal clergyman Samuel Moor Shoemaker, Jr., contributed most significantly to the Christian basis of Alcoholics Anonymous. Both Wilson and Smith attended the Oxford Group meetings and based much of the AA program on this framework.

In the 1920s and 1930s the Oxford Group movement became a revolutionary answer to the anti religious reaction following World War I. Aiming to rekindle living faith in a church gone stale with institutionalism; the Oxford Group declared itself an “organism” rather than an “organization.” Group Members met in homes and hotels, mingling religion with meals. Despite its freedom from institutional ties, the movement was distinctly ecclesiastical and looked to the church as its authority.

Dr Frank N. D. Buchman, a Lutheran pastor is often cited as leader of the Oxford movement. Yet if one were to ask an Oxford Group follower, “Who is your leader?” the reply might be, “The Holy Spirit.” So confidently did the group believe in the guidance of the Spirit that it had no organized board of officers, but relied instead “God control” through men and women who had fully “surrendered” to God’s will. Buchman emphasized the need to surrender to God for forgiveness and guidance and to confess one’s sins to God and others. Oxford Group followers learned to make restitution for wrongs done and to witness about their changed lives in order to help change others.

2. Human beings can be changed.

3. Confession is a prerequisite to change.

5. The age of miracles has returned.

6. Those who have been changed are to change others. (1)

the Oxford Group’s five procedures, which were:

5. Sharing, both confession and witnesses. (2)

EVOLUTION OF THE TWELVE STEPS

While trying to attract more followers to sobriety from 1935-1937, Smith and Wilson attended Oxford Group meetings in New York led by Samuel Moor Shoemaker, Jr. “It was from Sam Shoemaker that we absorbed most of the Twelve Steps of Alcoholics Anonymous, steps that express the heart of AA’s way of life.” Wilson later recalled. “The early A.A. got its ideas of self-examination, acknowledgment of character defects, restitution for harm done, and working with others straight from Oxford Group and directly from Sam Shoemaker, their former leader in America, and from nowhere else.” (3)